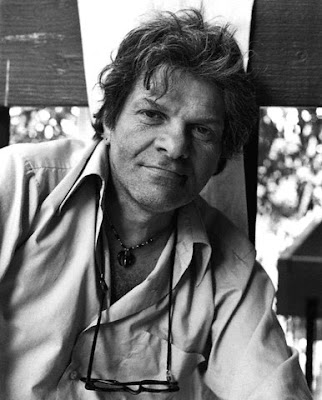 When people discuss the Beats it is usually to revere the three key ones; ie Allen Ginsberg, William S. Burroughs and of course Jack Kerouac. Strangely and sadly Gregory Corso is often overlooked. For over 40 years , his bad- boy persona tended to cloud in my opinion his very real poetic talent. He often got drunk and pretty wasted, yet what should be remembered about this man was that he was a poet. A damned good one in my opinion.Born Nunzio Corso on March 26, 1930, in Greenwich Village in New York City. Within Italian community he was " Nunzio " while to all others he was known as " Gregory ".I can excuse his waywardnesses because of his genius. Let us remember as a young child he was abandoned by his mum, who he believed to have gone back to Italy, who then had to endure a series of brutal foster homes, and in his infant day's did not enjoy comfort at all,(Unlike the more famous Beats) forced to live on the streets, at the age of 17 he was sent to 3 years in Clinton Correctional Facility, New York State's maximum - security prison. Here he was befriended by powerful Mafia inmates, and luckilly was protected, mainly because of his Italian heritage and the fact he was the youngest inmate in the prison. It was on all accounts a terrible regime.
Is it any wonder that he became bitter and angry with the world spending his adult days addicted to drugs and alcohol, enduring a number of failed affairs and marriages. It was whilst in prison he discovered the world of literature. He studied the Greek and Roman classics, and was a vast consumer of encyclopedias and whole dictionaries. He was particularly drawn to the works of Keats and Shelley. In 1949 he was released from prison and began writing poetry in ernest.In 1950 he met and befriended Allen Ginsberg who ensured that though often wayward, Corso stayed reasonably focussed. He consequently befriended most of the key Beats, and it was Corso's seduction of Kerouac's girlfriend " Mardou " during the summer of 1953 that was the plot of Kerouac's novel " The Subterraneans ". He fitted easily into the group , having in common with them - as one critic observed- " that he was a misfit, self-invented, rebellious, and blessed by the Muse." Also a bit of a hustler , he had had to be. He had an outsiders vulnerability, with sad prophecies to tell!
He started to get published himself in 1955,when his poems were published in a volume titled " The Vestal Lady on Brattle and Other poems. Three years later City Lights published " Gasoline " and his fame was guaranteed. Corso having by now got close to William Burroughs, headed of to Europe with him and Peter Orlovsky and a few others. Corso ended up at the " Beat Hotel " in Paris, then onto Tangiers and London where he lived up to his rascally image , upsetting the poetry establishment of the time with his spontaneous drunken outbursts and general unruly behaviour.
It was while in Europe that through Olympia Press his only novel " The American Express " was published in 1961. Olympia Press were also notable for having championed the work of Burroughs and Alexander Trocchi. Often his behaviour and casual rudeness got him into trouble. Perhaps it was a need for attention and some kind of love that had been absent in his formative days. Despite all this, throughout his works the gloomiest subjects turn comical, projecting his inner sarcasm, wit and sharp humour. His poetry is infused with his deep knowledge of the classics, and instead of fostering rebellion which was the trend of the time was quite happy not to toe the line. Sporadically releasing some outstanding collections over the following years, notably "The Happy Birthday Of Death, 1960", " Earth Egg, 1974 ", and "Herald of The Autochtonic Spirit,1981" and finally "Mindfield, 1991"
It's not exactly clear what he did with his time in the last 20 years or so of his life, their are some fantastic pictures of him out there looking suitably wasted in a cool elegant but I dont really give a fuck kind of way. He never really liked public appearances and was known to dislike the cult of celebrity, especially around the Beats. There is a story doin the rounds that he was initially reluctant to attend the funeral of his mate William Burroughs because he did not have enough methadone to support his journey to Kansas. The story goes that one of Burroughs assistants said to him " Dont worry there's a stack of the stuff in the garage, William kept it in case of nuclear war."
He had always yearned for his mother , who after Ginsberg's death he found alive living in New Jersey whereupon they were reconciled, sadly he died soon after of cancer in Minnesota on January 17, 2001. In my opinion a giant of modern poetry. His ashes were scattered next to the grave of his hero the poet Percy Bysshe Shelley in the Cimitero Acattocilico, the Protestant Cemetry , Rome, he had finally returned to the land of his mother. Here's a selection of some of my favourite bits of Corso, hope you enjoy them as much as I do.

NO ONE IN PARTICULAR

Yet the very essence of being
has no signature -

Mother, I weep for you
as I watch the child
weeping for his mother

well, humankind
I'm part of you
and so my son

but neither of us
will believe
your big sad lie

With a love a madness for Shelley
Chatterton Rimbaud
and the needy-yap of my youth
has gone from ear to ear:
I HATE OLD POETMEN!
Especially old poetmen who retract
who consult other old poetmen
who speak their youth in whispers,
saying:- I did those then
but that was then
that was then -
O I would quiet old men
say to them:- I am your friend
what you once were, thru me
you'll be again-
Then at night in the confidence of their homes
rip out their apology-tongues
and steal their poems.

I am watching them churn the last milk
they'll ever get from me.
They are waiting for me to die;
They want to make buttons out of my bones.
Where are my sisters and brothers?
That tall monk there, loading my uncle,
he has a new cap.
And that idiot student of his-
I never saw that muffler before.
Poor uncle, he lets them load him.
How sad he is, how tired!
I wonder what they'll do with his bones?
And that beautiful tail!
How many shoelaces will they make of that!

I spun another man's prayer
with the wind of my words
and another man,s god
answered me with death.

It came in form of a mouth
and it kissed my mouth with breath
Passionate breath; cold breath,
freezing my body in lifeless snow.

It floated before me, smiling;
and soon the sun appeared.
It melted me,
and the mouth knelt down to drink my terrible flow

THE WRECK OF THE NORDLING

One night fifty men swam away from God
And drowned.
In the morning the abandoned God
Dipped His finger into the sea,
Came up with fifty souls,
And pointed towards eternity.

the sun I don't even trust
- can blow up anytime

All the goings gone
All the comings came


from VARIATIONS ON A
GENERATION

I ate sausages with you at the feast.
I ate sausages, and across the street
the butcher counted his daughter's feet!

MY HANDS ARE A CITY

My hands are a city, a lyre
And my hands are afire
And my mother plays Corelli
while my hands burn
Posted by teifidancer at 15:29