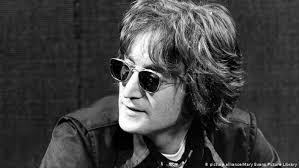 He also participated that year in a demonstration with the Native-American tribe the Onondaga Indians against the government's planned construction of a freeway through their land. His song Woman is the Nigger of the World was inspired by the writings of James Connolly and paraphrases his famous quote ‘The worker is the slave of capitalist society, the female worker is the slave of that slave.’
John Lennon - Woman is the Nigger of the World
All this made the American system very  afraid of him. Richard Nixon even involved the FBI to deport Lennon. A past drug’s offence would be used to threaten the singer with deportation. And he would struggle to gain permanent resident status in the U.S. period to come.
Under the plan to deport Lennon who criticized  the war of Vietnam that covered between 1971 – 1972, FBI created a 300-page long file. The case was published by the end of 2006. A sentence from the report said: “The doubt that Lennon has revolutionary views is supported with official meetings with the Marxist, his songs and other published content.”
The conservative US was afraid of John Lennon’s radicalism and to use his position to spread anti-war and anti-capitalist views. Whether Lennon was seen as a pacifist or a revolutionary, he used his music and visual existence to spread certain ideas around the world. Without being afraid of the consequences of his views that he supported without taking a step back, he used his fame to change certain things without forgetting his social class.
While some of his songs might come across as simple sloganeering, “Working Class Hero” from 1970 is an insightful social commentary on class splits and how society tries to exploit folks to become cogs in the machine. It also touches how religious indoctrination and media causes people to lose sight of the big picture. Despite being a millionaire, Lennon was still able to see the world through the eyes of ordinary people. Sadly the song is more poignant than ever.
John Lennon- Working Class Hero
Although his creative genius was lost tragically short of its time, John Lennon attained more in his forty years than most could accomplish in a hundred full lifetimes. And although Lennon’s creative output in the last eight years of his life was uneven and decidedly less political, in 1975 he withdrew from the music business to raise his son, Sean, but returned in 1980 to release the album Double Fantasy, with Yoko Ono. Three weeks after its release he was shot and killed. His death triggered an outpouring of grief on an unprecedented scale throughout the world.
Forty years on John Lennon lives on through his music and whenever people imagine a better future. His example as a leader in social activism paved the way for the prominent activists of today. I believe that together, as individuals or in groups we can still be forces for change like John Lennon, , whether it be for human rights,  economic and social justice , working for a culture of peace , equality and freedom, in the words of John Lennon ' some people call me a dreamer, but I'm not the only one.' Lines from his ultimate song, ‘Imagine’,  released in 1971. It has been described as ‘a humanist plea and socialist anthem’. Its sweet slow gentle delivery hides a message that is uncompromisingly radical, even revolutionary, in its call for a world without borders, without religion, and based on sharing rather than possession. Revolutionary, but sad that we've still not moved further forward.
John Lennon - Imagine
Imagine there's no heaven
It's easy if you try
No hell below us
Above us only sky
Imagine all the people
Living for today... Aha-ah...

Imagine there's no countries
It isn't hard to do
Nothing to kill or die for
And no religion, too
Imagine all the people
Living life in peace... You...

Imagine no possessions
I wonder if you can
No need for greed or hunger
A brotherhood of man
Imagine all the people
Sharing all the world... You...

You may say I'm a dreamer
But I'm not the only one
I hope someday you'll join us
And the world will live as one
Posted by teifidancer at 21:35