72 years on :The World marks anniversary of Hiroshima Bomb 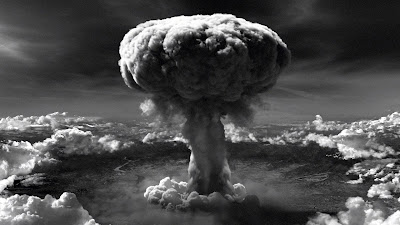 72 years ago today at 8.15 a.m , the city of Hiroshima was destroyed with an Atomic bomb. In a matter of minutes , hundreds of thousands of innocent people lost their lives in this cowardly attack.
A bright summer morning turned to dark twilight with smoke and dust rising in the mushroom cloud, dead and injured covering the ground, begging desperately for water and receiving no medical care at all. The spreading firestorm and the foul stench of burnt flesh filled the air.
Three days later the city of Nagasaki met the same fate.
Many survivors of the nuclear bombs over Hiroshima and Nagasaki have died in recent years with their dreams of nuclear abolition unfulfilled. Their motto was, “abolition in our lifetime”.
Across the world people will join commemorations to mark this tragic event. People have not forgotten those who died as a result of these nuclear attacks and are working together to ensure it never happens again. Candle lighting, poetry readings and picnics will be taking place across the day.
On this poignant anniversary, we must reaffirm our determination to campaign for a world without nuclear weapons.This year is even more significant, as it comes on the heels of the United Nations successful vote for a treaty to ban nuclear weapons. In early July, 122 nations in the UN General Assembly passed the Treaty on the Prohibition of Nuclear Weapons.This is a historic breakthrough. On 20 September, this treaty will open for signature at the UN, and all governments are invited to join it.  We should not forget that the U.S, Russia and China and 6 other countries still possess over 15,000 Nuclear weapons. The vast majority are magnitudes more powerful than those dropped on Japan.
You can find out more information about the treaty and the signing and ratification process on www.nuclearban.org
Will you help us get your government to sign the treaty?
You can send an email to your government here, telling them you want them to sign the treaty! 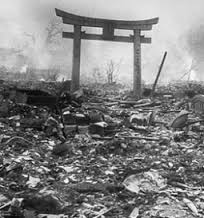 Email ThisBlogThis!Share to TwitterShare to FacebookShare to Pinterest
Labels: #Hiroshima #Treaty on the Prohibition of Nuclear Weapons # poetry