Dark days for freedom of speech 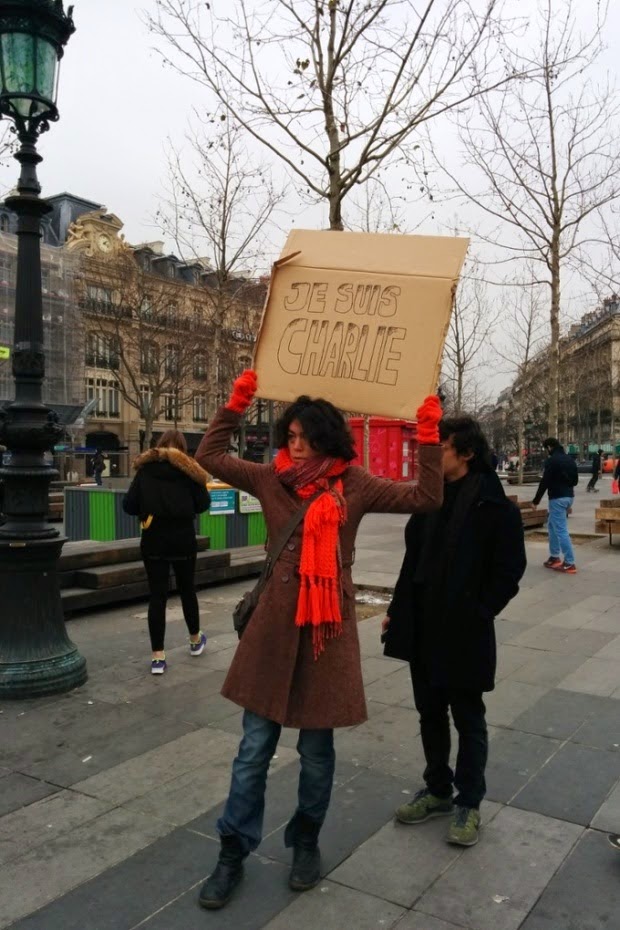 I personally do not follow any Gods or masters, I believe though in the realities of the rain and wind, the dark shadows that fall, light and shade.
The savage attack on the offices of the French satirical magazine Charlie Hebdo are simply atrocious, it is an attack on our fundamental freedom of thought and expression, and Europes vibrant press culture. It is  a dark time  when voices are silenced in this horrific way. I personally follow too solidarity's breath, so this is why I must stand with the victims of this barbaric attack. This evil in religions disguise now spreads across our lands, and I cannot condone, a twisted exploitation of  sacred pieces of paper, that only seeks to divide people in the name of unreason, and does not represent the words and deeds of the majority of followers of Islam., we must support those muslims, who might be attacked because of what some madmen have tried to exploit.
This is not the first time that the offices of Charlie Hebdo  have been attacked,  and sadly unfortunately wont be the last time that it will be either .A magazine well known for its satirical content,  that has caused deep offence to many different faiths. Yet those  who kill for the mere reason of offence have done more damage to their faith and community relations, than anyone with a pen or a cartoonists brush.
Allahu Akbar the alleged attackers shouted ' God is Great' in Arabic, this is not an act of  religion though, it is an act of war, I express my sympathy with the victims,  and my condolences and compassions to all muslims who I believe will be as horrified as the world. I hope the French people also reject the persecution of innocents, and resist the temptation to resort to stereotyping.
And though I do not defend or endorse everything that has been published in this magazine,today though Je suis, Charlie Hebdo