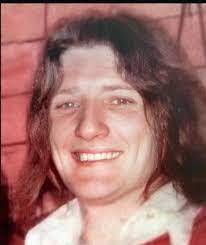 40 years ago today Robert  Gerard "Bobby " Sands (Roibeard Gearóid Ó Seachnasaigh )  died  at 1.17am after being on  hunger strike for 66 days in the Long Kesh  Maze Prison in Northern Ireland  to protest against British treatment of political  prisoners.  He was 27, emaciated weighing a mere 95 pounds his fillings having fallen out, his organs shut down and the whites of his eyes turned orange from toxins released.
Over the next few months, 9 other republican prisoners followed him, the culmination of a 5 year struggle in the prisons of Northern Ireland demanding jail reforms and the return of special category status allowing them to be treated as prisoners of war , allowing them the privileges of POW's as specified in the Geneva Convention.  Using hunger strikes as a practice of political and social resistance has its first records in 5th century India. The records tell us that people who felt wronged for some reason sat without eating in front of the household of the accusing person. This action had a lot of cultural symbolism, with the accusers’ honor being tarnished for leaving a person without eating in front of their homes. Hunger strikes, as a means of action often  have  since been used as a last resort in the fight against a particular injustice.
Bobby Sands had been bought to the republican struggle through personal experience after being intimidated out of his job as an apprentice car builder  by fellow workers. and after his family were intimidated out of their home in Rathcoole, a predominantly loyalist area of North Belfast, growing up under the cloud of nationalist and toyalist divisions, Catholics like Bobby were  reduced to second class citizens while the Protestant majority were granted privileges in jobs, education and services.
In 1971 the British introduced internment - allowing its forces to arrest anyone they saw fit and hold them indefinitely without charge. In 1972 at the age of eighteen the year he joined the IRA he was picked up by the police beaten up and tortured after some handguns were found in a house he was staying in and was sentenced to 5 years in Long Kesh, he was rearrested in 1976 and in a juryless trial was sentenced to 14 years  for possession of a gun found in a car he shared with 5 other people
Developing his political ideas he was to  become a leader and inspiration to the prisoners. During this time Bobby read widely and taught himself Irish which he was later to teach the other blanket men in the H-Blocks. He pushed hard for prison reforms confronting the authorities, and for his outspoken ways was often given solitary confinement sentences He was also a prolific writer, who wrote numerous poems.
On 27 October 1980, republican prisoners in the H Blocks of Long Kesh began a hunger strike. Many prisoners volunteered to be part of the strike, but a total of seven were selected to match the number of men who signed the Easter 1916 Proclamation of the Republic. On 1 December three prisoners in Armagh Women’s Prison joined the strike, including Mairéad Farrell , Mairéad Nugent and Mary Doyle. In a war of words between the leadership of Óglaigh na hÉireann, and the British government, the government conceded the prisoners’ five demands with a thirty-page document detailing a proposed settlement.

The prison protest for the 5 demands ended after 53 days on 18 December.

‘I am (even after all the torture) amased at British logic. Never in eight centuries have they succeeded in breaking the spirit of one man who refused to be broken. They have not dispirited, conquered, nor demoralised my people, nor will they ever.’ Bobby Sands wrote at the time.
In January 1981, it became clear that the British Government had reigned on the agreement. Prison authorities began to supply the prisoners with officially issued civilian clothing, whereas the prisoners demanded the right to wear their own clothing.
On 4 February, the prisoners issued a statement saying that the British government had failed to resolve the crisis and declared their intention of  on a further hunger striking once more. On the 1st March 1981, Bobby Sands began his protest by embarking on a hunger strike for political status and the 5 demands.
In the weeks and days before Sands died, there were two major attempts to unconditionally end the hunger strike. The first was an intervention by the European Commission on Human Rights. This was supported by the Dublin Government and the SDLP as a way to alleviate nationalist pressure on them to take Britain to task by supporting the prisoners' demands. The second was the visit to Sands from the Pope's Private Magee, Both interventions ended in failure following re-affirmation to their relatives by Sands and some of the other hunger strikers, like Raymond McCreesh and Francis Hughes  that they would not settle for less than their five demands.
Margaret Thatcher the ""Iron Lady" British  Prime Minister at the time decided that no concessions be made to the prisoners, and with cold and calculated cruelty she and her government allowed them to die, but on March 30th, 1981 he was nominated as candidate for the Fermanagh and South Tyrone by-election caused by the sudden death of Frank Maguire, an independent MP who supported the prisoners’ cause. He was subsequently elected to Parliament in a defiant rebuke to the British Government from the people of Northern Ireland having won 30,492 votes, ten thousand more than Thatcher in her London Constituency of Finchley and with a majority twice as large. I remember  Thatcher's ( British PM at the time)  callous refusal to reach any compromise - " crime is crime, it is not political." she said,  which only served to reinvigorate the republican cause at the time. It is estimated that over 100,000 people attended Bobby's funeral.and  an international outpouring of grief and anti British demonstrations were to take place. Protests were held in Paris, Milan, Ghent , Australia and Greece. In a ripple effect that was felt across the world. 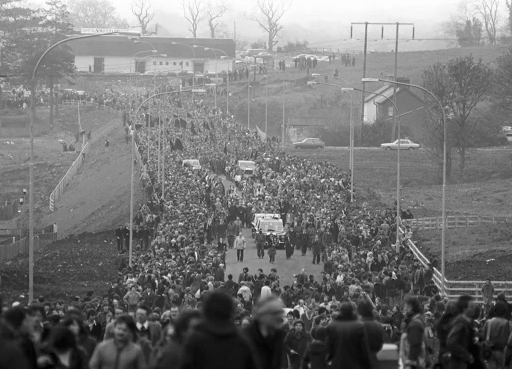 And although Thatcher claimed victory , her government conceded the hunger strikers demands and even after the  hunger strike protests ended even she, the main adversary of Sands and his comrades was moved to say years later " It was possible to admire the courage of Sands and the other hunger
strikers who died."
Meanwhile, history has shown disgust with the name of Margaret Thatcher and no one, other than those officially charged with doing so, attended her funeral,  people danced in the streets and congratulated each other on being rid of the evil woman. Bobby Sands  name  though will always be remembered, his sacrifice never forgotten. Today his smiling face is known the world over and his fight for freedom  remains an inspiration wherever people rise up against injustice, from  Palestine to Kurdistan.
In political terms , the 1981 hunger strike marked a sea change in Irish republicanism and in the history of the Northern Ireland conflict, the scale of the mass campaign in support of the prisoners helped turn the republican struggle increasingly towards a political, rather than a purely military focus , away from violence, decommissioning  and towards ceasefire  which would be crucial in laying the ground for the peace process which would have once seemed inconceivable., marking a turning point in the bitter 30 year conflict over British rule,
Following Bobby Sands  death Nelson Mandela led a hunger strike by prisoners on Robben Island to improve their own conditions..Palestinian  and Kurdish prisoners have since increasingly  used the same tactics too as an ultimate form of resistance, and it is easy to understand that a people deprived of its cultural, ethnic and religious existence find hunger strikes a useful tool. It equally reinforces the need for urgent, material support amongst those in solidarity with their cause. to bring attention to their plight.
Bobby Sands stature keeps growing, and his poetry and songs still resound, let us remember him, let us never forget.He said before he died " our revenge will be the laughter of our children." - a phrase that says all that we need to know about him and looks beyond the bloodshed to true peace.

He died in springtime,
When flowers were waking,
But his passion born of love and anger,
Remained undimmed, his will unbroken,
On the side of justice and right,
The most profound human hunger of all,
Through pain and struggle he rode on,
Kept up the fight, let the world be his witness,
Let truth shine it's light, for his cause to be seen,
Strength and courage carried this poets bones,
No fear, only defiance was to be seen in his eyes,
And  now today his spirit still lives on,
As the ugliness of injustice continues to roam. 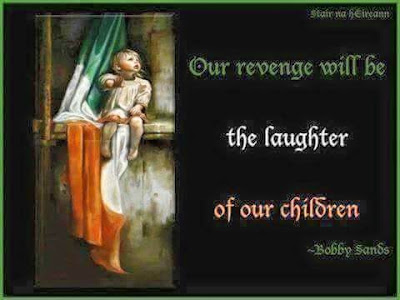