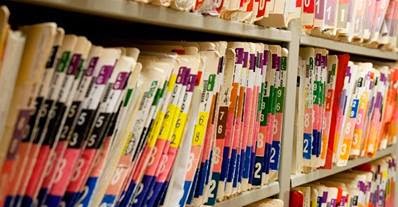 I was jubilant when I heard the news that ATOS the French company that has hounded our sick and disabled citizens to death, acting under Government orders, originally bought over by the old one (New Labour) had decided to withdraw its services as asssessor of people on disability benefits. A company that has declared thousands of people fit for work, and  within 6 weeks  of being declared fit for work, 10,000 people have since died, a dircreditable company with blood on its hands. A company that has made profits from the vulnerable, making nearly £2 billion from there contact awithout having paid a penny in tax.
A company that is simply not fit for purpose, I wrote a poem about rhem last week , and attended a demonstration against them in Carmarthen. Driven to give up there old contract  because of the depths of feeling against them, acting as a lighning rod for hatred and upset.
Now I have heard the almost unbelieavable news   that they will now manage the extraction of patient records from GP surgeries as part of the controversial NHS data-sharing scheme. They will now have access to  our family history, vaccinations, referrals for treatment, diagnoses and information about prescriptions, all our confidential data, D.O.B, postcode, NHS number and genders.
The governments insensitivity in handing over this new contract to this disreputable company is amazing, but knowing there track record I guess it is to be expected. Like ATOS, this Government does not care about the feelings of the people it is supposed to be serving.
The concern is not just from me, Dr Chaand Nagpaul, chair of the BMA general practitioners committe, has expressed concern about the widespread confusion theses  plans couldmake. Damaging the trust built up between individuals and famly doctors. He said :-
"Patients visit their GP, they visit us and they entrust us with very personal, confidential information as part of their life-long record in general practice.
At the heart of our concern as GPs is that if patients mistrust or are concerned about the security of their data, or have concerns about how this data will be used, that would actually potentially, irrevocably damage that fabric of trust when a patient walks into their GP surgery.
That may actually have other consequences in the way the NHS rcords data, it may actually result in patient not attending their surgery at all, for fear or what may happen to their records.
Or they might be inhibited in being totally open about some things."
And I got most of the above information from the Torygraph newspaper.http://www.telegraph.co.uk/health/healthnews/10661359/Atos-awarded-contract-for-NHS-records.html . I do not have any trust in ATOS, let alone any faith in this Tory run government, to hand over this sensitive contract to such an unreliable organisation,they must be having a laugh. If there next step was to hand  over a contract to Count Dracula to manage the blood bank, in days like these, it would not be to surprising.
Tell your doctor that you do not want your records to be handled or shared in this manner.
Posted by teifidancer at 12:17