No one is illegal, No borders are necessary 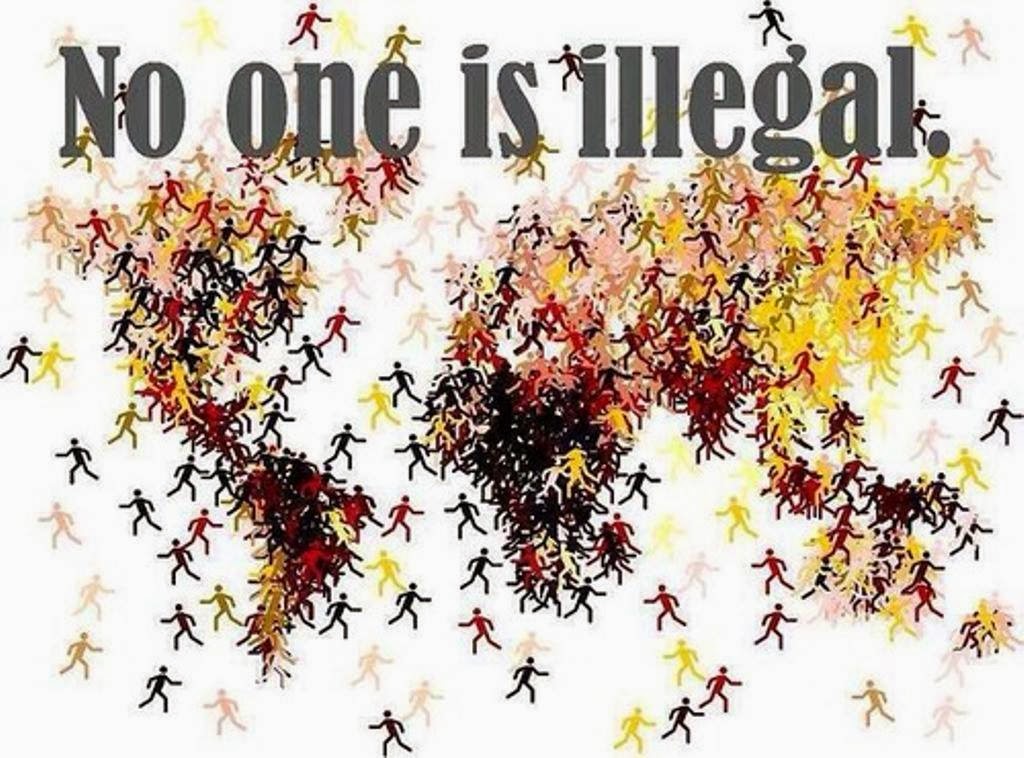 I support free movement and equal rights for all. We as people should be tryng to promote unity between all.This is what a free society encompasses, the freedom of movement, including freedom of immigration and emigration. We should support the rights and dignity and respect of immigrants and refugees, and people forced to live without status.Many people are forced to live undocumented after having their applications for asylum refused, many esacaping persecution, war,  fleeing in fear, escaping danger, in search of safety, a better future. Forced to live underground, hidden lives.
We all have the right  to settle wherever we please, are we not according to the principle ' From each according to his ability, to each according to her need' entitled  to equal access to the worlds land resources. Immigration  laws are inherently racist, because their purpose is to exclude outsiders, and feed and legitimise racism, and in the process causes intolerable  suffering to many people.
People of the world  should all be entitled to the same universal social, political and economic rights and conditions, with or or without papers, with  the same  entitlement to the world's resources.We should recognise the many valuable  contributions to society made by migrants, immigrants and refugees stretching  back centuries. Every country in the world has it's richness and diversity because of  the waves of immigration that have occurred. We should recognise the people who daily, risk everything, including their life, to leave their own country's, their family and friends, in search of a new and better life.
I see no contadiction in my support for the Palestinian people against their illegal apartheid wall, thewalls  that have been created  in open air prisons in Gaza, the West Bank, are the same as any other border wall strewn with barbed wire that bleed migrants, or walls that are erected  as barriers to dignity and humanity, from Mexico, and the internment camps of Australia, to Fortress Europe.
Imagine a world free of borders, it's easy if you try, the sky has none, there is only one world. no borders are necessary, no one is illegal.