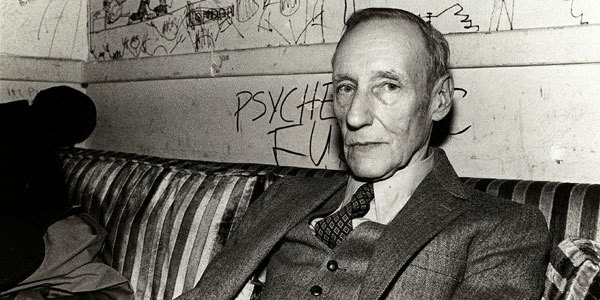 Continuing the celebrations to mark the centenary of William Burroughs birth, here is an extract from his 1969 book the Job. A book  built around  extensive interviews with William Burroughs  uindertaken  with Daniel Odier. Originally published by John Calder in France in 1969, it offers a brilliant and fascinating glimpse into Burroughs thoughts and ideas. Offering an insight to his political impuses.In which he  powerfully attacks our traditional values, with his sharp undiluted vision, provoking in a  a sincere, convincing way,  pointing towards another world. I present a series of extracts, the book essential reading for anyone interested in William Burroughs work. .

These words inspired early navigators when the vast frontier of unknown seas opened to their sails in the fifteenth century. Space is the new frontier. To trvel  in space you must learn to exist with no religion no country no allies. You must learn to live alone in silence. Anyone who prays in space is not there.
The last frontier is being closed to youth. However there are many roads to space. To achieve complete freedom from past conditioning is to be in space. Techniques exist for achieving such freedom. These techniques are being concealed and withheld. In the Job I consider techniques of discovery.

Language is a Virus from Outer Space 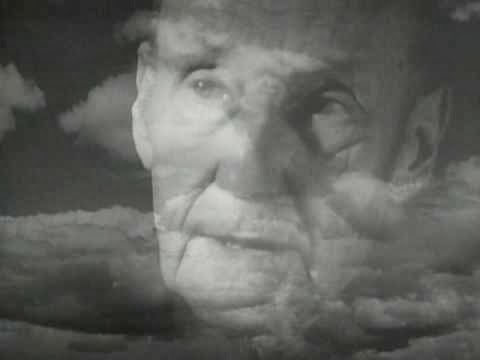 Your books since the Ticket that Exploded especially, are no longer "novels; a breaking up of a novelistic form is noticeable in Naked Lunch. Toward what end or goal is this break up heading?

That's very difficult to say. I think that the novelistic form is probably outmoded and that we may look forward perhaps to a future in which people do not read at all or read only illustrated books and magazines or some abbreviated form of reading matter. To compete with television and photo magazines writers will have to develop more precise techniques producing the same effect on the reader as a lurid action photo.

You wrote: " Writing is fifty years befind painting." How can the gap be closed?

I did not write that . Mr Brion Gysin , who is a painter and writer  wrote " writing is fifty years behind panting." Why this gap? Because the painter can touch and handle his medium and the writer cannot. The writer does not yet know what words are. He deals only with absractions from the source points of words. The painters ability to touch and handle  his medium led to  montage techniques sixty years ago. It is hoped  that the extension of  cut-up techniques will lead to more precise verbal experiments closing this gap  and giving a new dimension in writing. These techniques can show wthe writerwhat words are and put him in tactile communication with his medium. This in turn could lead to a precise science of words and show how certain word combinations produce certain effects on the human nervous system.

What is the important thing  in music, when you use music?

Music is extremely important. The whole Moslem world is practically  controlled by music. Certain music is played at certain times and the association of  music is one of the most powerrful. John Cage and Earl Brown have carried the cut-up method much further in music than I have in writing.

Do free men exist in your books?

Is there a political path to the liberation of the world? Would a complete ideological change, the replacement of the capitalist world by a socialist world, for example, offer a solution?

It would seem to me most emphatically no, Because these are just battling around the same old formulas. What happens; for example, when the government takes over the so-called means of production? Nothing. Our factories in the West are practically state-owned now.

The anarchist is perhaps one of the few who offers a possible solution for the future. Do you believe  in the solution in which he proposes?

Do Good and Evil really exist?

Not in the absolute sense. Something is good or evil according to your needs and the nature of your organism. What opposses or tries to anhiliate any person or species is seen by that person or species as being evil. I think it's naive to predicate any absolutes there; it only has reference to the conditions of life of a given organism or species or society.

Is the destruction of the police machine still possible?

" Nothing is True - Everything is Permitted," Hassan I Sabbah says. Is this the principle of freedom?

You speak of the necessity of breaking down the whole formula of seperate countries and nations. How can this be brought about?

At the present time we are all confined in concentration camps called nations. We are forced to obey laws to which we have not consented, and to pay exorbiant taxes to maintain the prisons in which we are confined. The pretext that there is any measure of consent involved or benefits recieved is wearing very thin indeed. The American people did not even  know that the atom bomb existed. Still less were they consulted as to whether or not it should be used. Thusone of the most disastrous decisions in human history, was made by incompetent, ill-informed, and ill-intentioned men.

Are the effects of  drugs worse than alcohol?

Alcohol sedates the front brain relieving anxiety and discontent and is certainly a factor in preserving the status quo in Western countries. Of all drugs in common use, alcohol has the worst statistic as regards damage physical mental and moral to the individual and to society. How many crimes are committed every day by people under the influence of alcohol, criomes directly traceable to alcohol, crimes that would not have been committed had the person been sober? Drunken fights, drunken murders, drunken car accidents. How much objectionable stupid boring behaviour is due to alcohol? How many people are degraded by its use? How much money and time is spent on alcohol? How much innefficiancy is caused by its use or by the after-effects of its use? And how many illnesses can be directly attributed to alcohol? Cirrhosis of the liver, kidney disease. alcoholism, Korsokov's psychosis, stomach ulcers. How anyone can oppose legislation of cannabis without at the same time being an ardent prohibitionist is beyond my understanding?

Addiction is a prison. Is domination by drugs comparable to domination by the images and myths created by our civilisation? Is it worse?

It is verry dangerous to use the word "addiction" loosely, as addiction to images, myths, ets, thought this can occur. Addiction means something that causes acute physical mental discomfort if it is withdrawn. Perhaps the closes parallel is what I might  call an addiction  to rightness, to being in the right; such an addict - and their name is legion - experiences acute discomfort if his rightness is withdrawn. Without  it he is nothing, and he cannot adjust  to normal metabolism- that is, the realization that rightness and wrongness are relative concepts that have meaning only relative to position and purpose. I recall a French fascist who said : " Je ne comprends pas ces degeneres de la drogue comme William Burroughs." - (I wasn't on drugs at the time.) - " Moi, j'ai une seule drogue. C'est l'indignation." C'est la pire.. it's the worst drug of all.

You speak of the necessity of breaking down the whole formula of seperate countries and nations. How can this  be brought about?

At the present time we are all confined in concentration camps called natons. We are forced to obey laws we have not consented, and to pay exorbiant taxes top maintain the prisons in which we a are confined. The pretext that there is any measure of consent involved or benefits recieved is wearing vet thin indeed. The American people did not even know the atom bomb existed. Still less were they consulted or not it should be used. Thus, one of the most disatrous decisions in human huistoty was made  by incompetent, ill-informed, and ill-intentioned men.

Space is dream. Space is illusion. To travel in space tou must learn  to leave the old verbal garbage behind. God talk, priest talk, mother talk, family talk, love talk, party talk, and country talk. You must learn to exist with no religion, no country, no allies. You must learn to see what is in front of you with no preconceptions.

image from my 1984 Calder edition
of the Job. 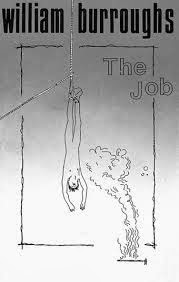