Bring all utilities into public ownership 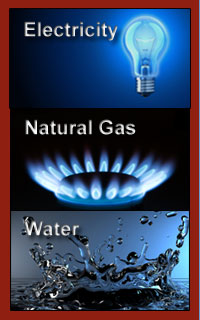 As hard pressed families are choosing between heating and eating and news arrives  of energy bills set to rise once more there is growing support  for bringing all utilities into public ownership, and   thanks at least to Labour's manifesto pledges, it's now on the political agenda like never before.
Speaking at a Labour Party event on 10 February last year, Jeremy Corbyn reaffirmed Labour’s 2017 manifesto pledge “to bring energy, rail, water, and mail into public ownership and to put democratic management at the heart of how those industries are run”.
“By taking our public services back into public hands”, he said, “we will not only put a stop to rip-off monopoly pricing, we will put our shared values and collective goals at the heart of how those public services are run”. He promised “a society which puts its most valuable resources, the creations of our collective endeavour, in the hands of everyone who is part of that society”. He argued that the energy industry must be remodelled to abate carbon emissions, and declared that “in public hands, under democratic control, workforces and their unions will be the managers of this change, not its casualties.
“The growth of green energy and green tech offers huge opportunities for job creation. Our publicly owned energy system will ensure a smooth transition and protect workers and communities, seizing those opportunities for the many, not the few...
“The next Labour Government will guarantee that all energy workers are offered retraining, a new job on equivalent terms and conditions, covered by collective agreements and fully supported in their housing and income needs through transition”.
Speaking to BBC Radio 4 the same day, shadow chancellor John McDonnell refuted claims that the nationalisations would be unaffordable. He said that shareholders in privatised utilities, which include pension funds, could be given newly-issued government bonds in return for their shares.
A survey by YouGov around the time of the 2017 election showed that these policies are popular. It showed an 84% to 5% majority for the NHS being in the public sector; a 65% to 21% majority for Royal Mail; a 60% to 25% majority for rail; 53% to 31% for energy; 59% to 25% for water; and 81% to 6% for schools. The case for public ownership, and against outsourcing to private contractors, has been strengthened since then by the Carillion scandal.
Corbyn and McDonnell are right to put public ownership back on the agenda. After Margaret Thatcher came to power in 1979 one  by one, our public utilities, described by Harold Macmillan as the family silver, were sold of  piece by piece among the first were British Telecom, then British Airways and British Steel. The water firms followed along with the energy companies and, finally, in the dog days of John Major, British Rail.
Privatisation, was supposed to give us a stake in the British economy, reduce prices and improve services. Its actual track record has been abysmal with disastrous consequences with  prices soring and standards falling. Just look at the ludicrously over-priced and over-complicated railway system, which we have been left with as the result of privatisation  in the '90's.
Britain’s family silver is now mainly owned by overseas firms and investment groups  who are able to make huge profits from exploiting a captive market.A system was created allowing an elite few to reap extortionate profits via a monopoly service. Executives running these firms could not  believe their luck as they were give free reign  to fleece and rip of people on a massive scale.
The profits of the Big 6 energy companies in the last few years  has been astronomical, their increase in profits particularly galling due to the price rises imposed by the energy companies on consumers.
The Big Six claim that the high prices consumers face are not due to their profiteering, but due to factors beyond their control, such as fossil fuel prices, which they have to pass on. Ofgem have suggested that there is clearly a gas wholesale driver, but that on top of this, the Big Six are not adjusting prices as they should. Overall, the Big Six are making very large profits, profits which have increased substantially over recent years. These profits are a sign of a broken system. It’s one thing to increase profits, dividends and executive pay from providing a good service, but it’s another to do the same while whilst the people of Britain starve and die of cold, because they cannot afford to keep themselves warm and  unjustifiable level of profit are being made and they continue to shower their shareholders with vast amounts of money. This rip off  game has gone on long enough, it should not be allowed to continue.The public deserves better.  It's a national failure and a disgrace.
The UK public is paying through the nose for the provision of services and products  previouly owned by them. These resources  belong to everybody. They should be a common treasury and a human right, not a stock market commodity or a source of profit, we can all benefit from a fairer, not for profit, pricing structure to everybody. All utilities are necessary for the functioning of our society and the preservation of life. To allow life and death decisions to be made based on profit concerns is a violation of human rights.The capital that these industries generate can work for the benefit of us all not just the few and privileged. It is more than time that we renationalise all privatised utilities and services, with compensation paid only on the basis of proven need. Utilities are a public good that should be owned by the public for the people  not profit.
Posted by teifidancer at 21:41

Email ThisBlogThis!Share to TwitterShare to FacebookShare to Pinterest
Labels: # Bring all utilities into public ownership # The Big Six # People not Profit # B