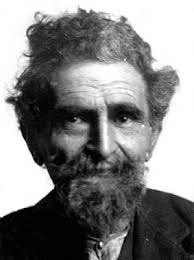 Errico Maletesa ,was a Italian anarchist militant, writer  and thinker who was born on this day in 1853. Imprisoned many times for his revolutionary activities and his ideals, and repeatedly forced into exile.He was in fact imprisoned a total of 12 years during his long career.  In 1876 he helped develop a theory of anarchist-communism. Active in the International Anarchist movement from the time of the First International in 1871, he was an organiser of numerous demonstrations, radical newspapers and workers insurrection in Europe and Argentina. He was also a dynamic speaker and propogandist.
He happened to be a wealthy man, but decided to put his entire fortune at the disposal of the cause, spending it all on radical endeavours, until he was  buried in a paupers grave at the age of 78 after having been under house arrest by the fascists in Italy
Malatesa is still rightly celebrated today because above all, beyond being a writer of articles and pamphlets, he exemplified his thought in deed, his ideas backed up by action, and driven by his fierce commitment to freedom.

" By anarchist spirit I mean that deeply human sentiment, which aims at the good of all, freedom and justice for all, solidarity and love among the people, which is not an exclusive characteristic only of self declared anarchists, but inspires all people who have a serious heart and open mind."